Did you hear the big news about the Augusta National Women's Amateur Championship?  In April 2018 Fred Ridley, Chairman of Augusta National Golf Club and the Masters Tournament, announced there would be a Women's Amateur Golf Tournament held on the grounds of Augusta National Golf Course every year the week prior to the Masters Golf Tournament commencing on April 2019.   The New york Times states, "The objective is to grow the game of golf and to benefit women's golf at all levels.  The event may accomplish both goals quickly since it will most likely be the most watched women's golf tournament of 2019." 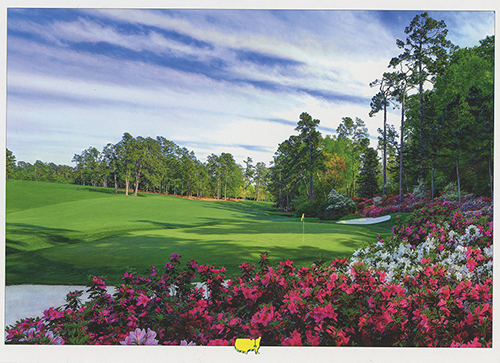 The first two rounds will be held about 15 miles away from Augusta National Golf Club at Champions Retreat  This private golf club is the only club in the world that features three courses designed by Arnold Palmer, Jack Nicklaus and Gary Player.  On Wednesday, April 3rd and Thursday April 4th, 72 of the world's best women golfers will compete on Palmer's designed course The Island and Nicklaus' designed course, Bluff Nine

Saturday, April 6th, the top 30 women competitors will play the final round at Augusta National Golf Club a day before the Drive,Chip and Putt which is held on Sunday, April 7th 2019.

To attend the inaugural Augusta National Women's Amateur Golf Tournament, you must have requested a ticket through the events official website by September 30, 2018 and applicants were notified in late October.  If you were not lucky enough to score tickets to this coming year's event, you can watch the ANWA live with NBC Sports and highlights, live reports and news coverage throughout the event on the Golf Channel.com.

×
2020 Masters Tournament merchandise is coming soon! MMO Golf is your one stop shop for purchasing official Augusta National Masters Merchandise online. We ship directly to your door all around the world! All items listed online are IN-STOCK items and being shipped daily!

Please note: MMO Golf is not affiliated with the US Open, United States Golf Association (USGA), www.Masters.com, Masters.org or Augusta National. We are a third party shopping service that purchases the product from the pro shop and ships it to you all over the world.